The village stood on top of a high, rounded hill, overlooking wide expanses in all four directions. It overlooked the Jerusalem−Jaffa highway to the north and northeast, to which it was linked by a secondary road. Its position over the highway accorded al-Qastal a strategic significance. The village name was derived from the Latin castellum, the term for the Roman castle that was built on the site. The old Roman castle was renovated or rebuilt and named Belveer des Croises during the Crusader period.

In the late nineteenth century, al-Qastal was located on a rocky hilltop. There were several springs outside the village to the east.

Classified as a hamlet by the British Mandate government's Palestine Index Gazetteer, the village had a semicircular plan, and its houses were built of stone. More recent construction extended along the eastern slopes of the region around the al-Qastal hill. The village residents, who were predominantly Muslim, maintained a shrine for a local sage, one Shaykh Karaki, on the western edge of the village. The villagers relied on the neighboring city of Jerusalem for many of their needs. They cultivated rainfed grain, vegetables, and fruit and olive trees. Their agricultural lands were concentrated in a rectangular strip southwest of the village. In 1944/45 a total of 42 dunums was planted in cereals; 169 dunums were irrigated or used for orchards, of which 50 were planted with olive trees.

The occupation of al-Qastal took place with the official start of Operation Nachshon (see Bayt Naqquba, Jerusalem sub-disctrict). Israeli historian Benny Morris claims, improbably, that it was 'the first Arab village during the 1948 war to be taken by the Haganah with the aim of permanent conquest and occupation.'

The Palmach's Fourth Battalion attacked and occupied the village on 3 April. A spearhead unit of commandos stormed the village before dawn; it was soon followed by the main force, which fought off counterattacks into the night. The New York Times correspondent reported that there were battles around the village over the following few days. According to Palmach documents, the initial attack was unopposed and the village's defenders and the inhabitants had left beforehand. But Palestinian historian 'Arif al-'Arif states that it was defended by fifty of the village militiamen, who only withdrew when their ammunition ran out. A report in the Palestinian newspaper Filastin confirms that the villagers had evacuated after an attack in mid-March but says that a number of the village's men remained to defend it. The paper said that the defenders broke through the siege laid by the Haganah forces and retreated to a nearby village. On 5 April, the Haganah occupiers built a barbed-wire fence around their positions and two days later used training planes to drop bombs on Palestinian forces surrounding al-Qastal, according to the New York Times. The village was retaken by Palestinian guerrillas in a battle on 8 April during which their leader, Jerusalem commander 'Abd al-Qadir al-Husayni, was killed. The Haganah account states that a number of Jewish commanders also were killed while retreating. Several days of heavy fighting had preceded the final Palestinian counterattack, which was launched at 1:30 p.m. under cover of mortar and machinegun fire. The New York Times correspondent wrote, 'They swarmed up the steep boulder-covered slopes shouting their battle cries.' By 3:00 p.m., a force drawn from a number of Palestinian guerrilla groups had broken into the village.

However, Palmach forces reoccupied it in an assault which began on the night of 8−9 April. When they approached the village this time, the brigade was surprised to find it deserted; on 9 April, most of the men who had recaptured it were participating in the funeral of their slain commander, which was being held at the mosque of the Dome of the Rock in Jerusalem. The Palmach forces surrounded the village with a number of armored vehicles to prevent reinforcements from arriving and proceeded to overrun it. The attack occurred at the same time as the massacre at Deir Yasin, less than 5 km away. The History of the Haganah states that 'el Qastal returned once again and forever into Jewish hands.'

As soon as they had reoccupied it, the Palmach units started to destroy its houses, thus setting a precedent for all the villages taken during Operation Nachshon. The reason given for the levelling of the village was that it would make the site easier to defend and prevent it from falling back into Arab hands. Palestinian historian al-'Arif states that all buildings in the village, including the shrine/mosque, were destroyed by Zionist forces. A New York Times story confirms that the village mosque was destroyed, but states that this had occurred in the previous month, during the night of 16 March. The newspaper article quoted 'Abd al-Qadir al-Husayni, who was later to lose his life fighting for the village, as saying that the demolition was a 'shameful act' and that the mosque 'has never been used for anything but worship.'

The southern, northern, and eastern slopes of the site are covered with stone rubble and the ruins of stone terraces, half-concealed by wild grass. The ruins of the old castle lie on the mountain top. An underground shelter has been built on the site, southwest of the fortress. Military trenches can be seen north and east of the fortress. Olive, carob, and fig trees grow on the north and west sides of the site, and cactuses grow on the southern side. The entire site, including parts of the fortress, serves as an Israeli tourist attraction (see photo). 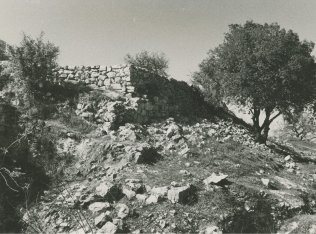 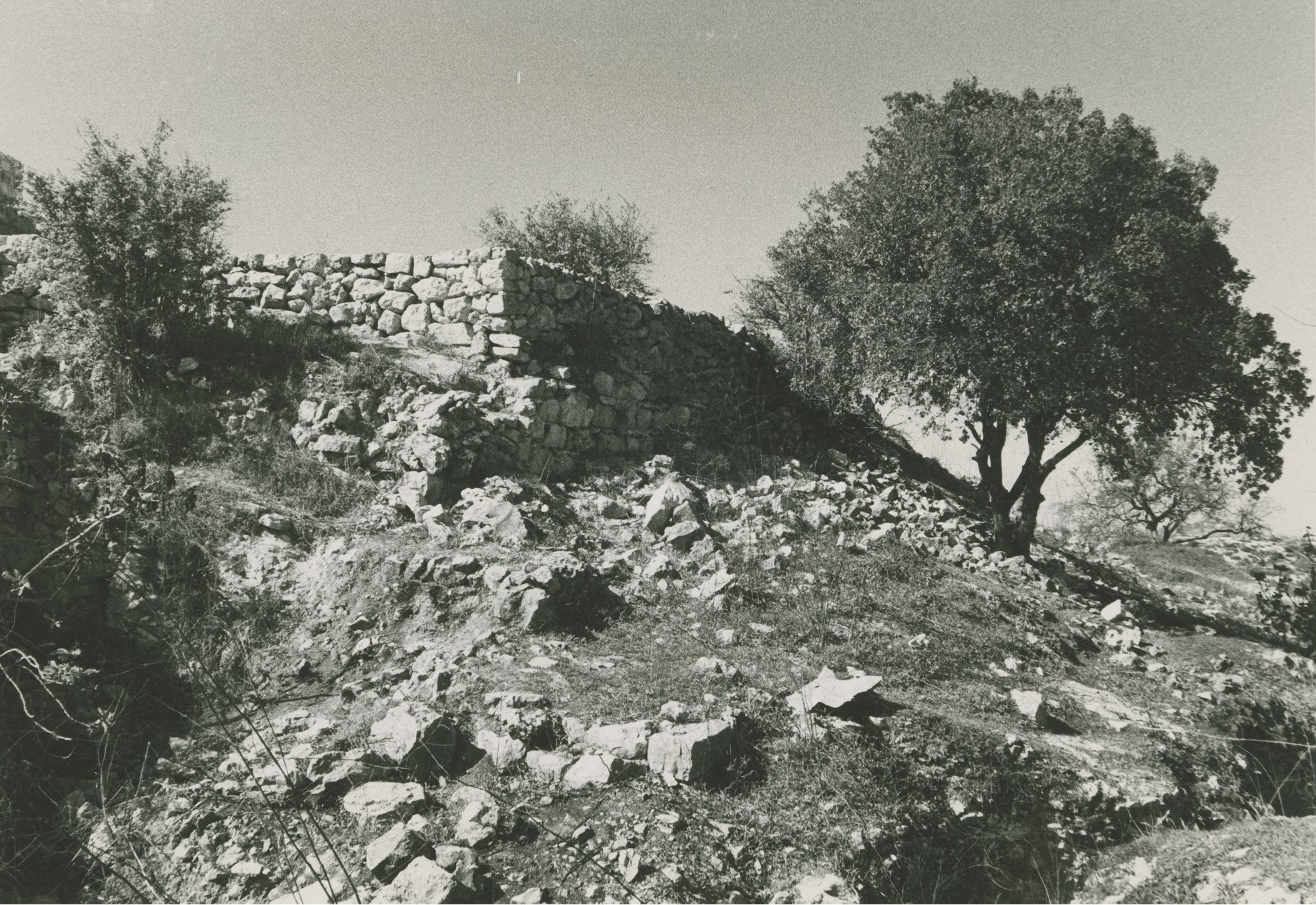