The village stood on flat ground on the coastal plain. The Jaffa-Tulkarm highway passed 2.5 km east of it, and the Haifa-Lydda railway line ran 1.5 km to the east, forming the boundary between the lands of Kafr Saba and Qalqilya. A secondary road linked the village to the town of Qalqilya, 3 km to the northwest, and similar roads connected it to other villages in the area. Kafr Saba was established 4 km southeast of Khirbat Sabya (141177), which has been identified with the Roman Caphar Saba. During the Crusader period the village was known as Kapharseb.

Kafr Saba was mentioned by a number of Arab and Muslim geographers and chroniclers. AI-Maqdisi, writing in A.D. 985, described it as a large village with a mosque that was situated on the road to Damascus. An account by Nasir Khusraw, who wrote in A.D. 1047, described it as a town rich in fig and olive trees that lay along the road to Ramla.

In 1596, Kafr Saba was a village in the nahiya of Bani Sa'b (liwa' of Nablus) with a population of 231. It paid taxes on a number of crops, including wheat and barley, as well as on other types of produce, such as goats and beehives.

The Egyptian Sufi traveler al-Luqaymi attests to the continued existence of the village; in 1730, he wrote that he visited Kafr Saba and saw a shrine for a local religious figure, Binyamin (also called al-Nabi Yamin).

In the late nineteenth century, Kafr Saba was described as a village built of stone and adobe brick and was situated on a low hill. Its population was estimated at 800. It contained a mosque and was surrounded by sandy ground; olive groves were visible to the north.

Springs were located to the east and northeast, and one of them supplied the village with drinking water. The village plan was roughly square. During the British Mandate period the village grew; new housing expanded towards the Tulkarm-Jaffa highway onto nonagricultural lands, while new agricultural lands were cultivated to the west of the village. The residents of Kafr Saba were Muslims and maintained two religious shrines: the aforementioned shrine for al-Nabi Yamin and another for al-Nabi Yahya (John the Baptist). The village had one elementary school. The villagers cultivated grain, watermelons, cucumbers, and vegetables. In 1944/45 a total of 1,026 dunums was devoted to citrus and bananas and 4,600 dunums were allocated to cereals; 355 dunums were irrigated or used for orchards, of which 30 dunums were planted with olive trees.

Kafr Saba was one of the villages located north of Tel Aviv in an area of heavy Jewish settlement. The New York Times reported that leaders from Kafr Saba met with Jewish community leaders as early as December 1947 and that both parties pledged to keep the peace. However, because it was the policy of the Haganah General Staff that the area should be emptied of its Arab residents by 15 May 1948, the Alexandroni Brigade was charged with the capture of Kafr Saba. Its units attacked and occupied the village on 13 May, according to Israeli historian Benny Morris. The History of the Haganah's account of the occupation states: 'Because of the nature of the terrain (valleys and orchards), the operation was carried out in daylight.' The Alexandroni Brigade's official history claims that Arab Liberation Army (ALA) irregulars quartered in the village made the residents pay a fee when they left. However, ALA records show that their unit defending Kafr Saba had ordered the villagers to return after an earlier Haganah attack, just a few days before, and this is corroborated by Morris. According to ALA commander Fawzi al-Qawuqji, that 'surprise' assault occurred on 10 May, and it was repelled 'from the start.' Qawuqji commented: 'I think the purpose of the attack was to reconnoitre and discover the placement of our positions and forces, and that the target was Qalqilya. This unimportant attack caused a panic among the people of Kafr Saba….'

On 13 May, Qawuqji recorded a second attack, which occurred along a north-south axis from Tulkarm to Kafr Saba, and stated that the initial thrust was repelled with heavy Haganah losses and that fighting was still continuing. The villagers probably fled or were expelled after the second attack, and their arrival in Qalqilya led, in turn, to the temporary evacuation of that town.

The village site has been used for the construction of new residential quarters within an industrial area that is part of the settlement of Kefar Sava. Some of the old village houses have survived destruction and are located today within the settlement; a number of them are used as commercial buildings. The two shrines, the school, and the ruins of the village cemetery remain. The shrines have arched entrances and are surmounted with domes (see photo). The land around the site is cultivated by Israelis. 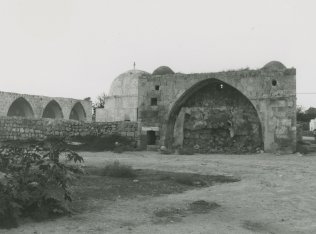 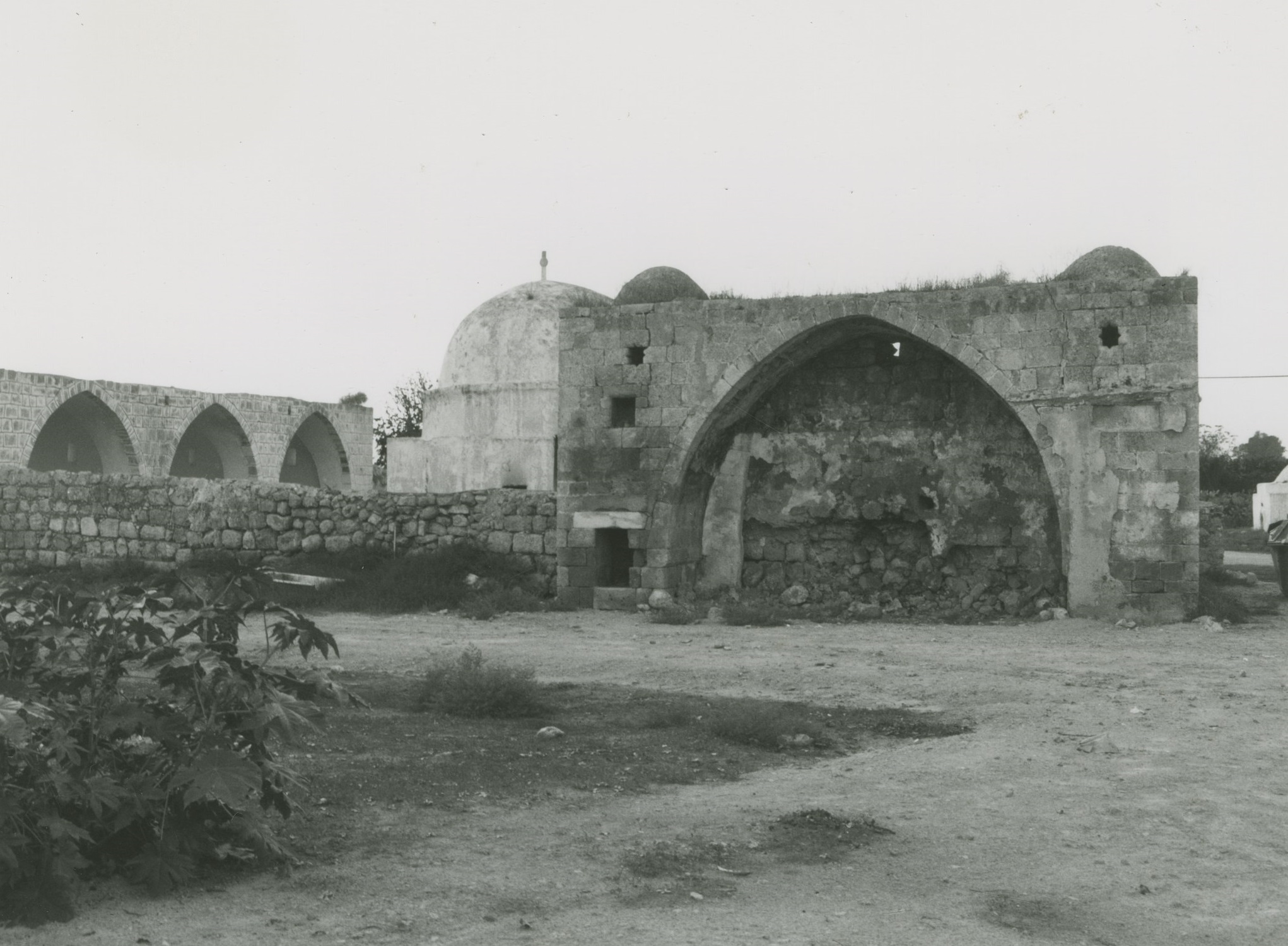 The shrine of al-Nabi Yahya in Kafr Saba.

Photo by All That Remains