The village stood on an alluvial elevation on the coastal plain, connected via a spur to the coastal highway to the west that linked it to Gaza, Ramla, and other urban centers. In the late nineteenth century, al-Qubayba was described as a village built of adobe bricks and situated on high ground. Gardens enclosed by cactus hedges were cultivated nearby.

During the Mandate the houses were made of either adobe brick or stone and were clustered close to one another; new houses built on the eve of the war were spaced farther apart. AI-Qubayba had a modest marketplace, a mosque, and an elementary school. The school, established in 1929, had an annex of twelve dunums where students were taught basic agronomy; about 344 students were enrolled in the school in 1945-46. The population was entirely Muslim. By 1945, about nine hundred nomads were settled near the village. Agriculture was the main occupation of the villagers, who cultivated fruits, especially citrus, vegetables, and grain.

In 1944/45 a total of 4,639 dunums was devoted to citrus and bananas and 2,972 dunums were allocated to cereals; 1,143 dunums were irrigated or used for orchards. Irrigation water was drawn from artesian wells and from the Rubin River.

The Associated Press quoted an Israeli military headquarters announcement stating that al-Qubayba was occupied on 19 May, but Israeli historian Benny Morris claims that it was occupied around a week later, on 27 May, by the Giv'ati Brigade during Operation Barak (see al-Batani al-Gharbi, Gaza sub-disctrict). The brigade was commanded by Shim'on Avidan, who 'wanted only empty villages,' according to Morris. At the same time that al-Qubayba was occupied by the Israeli army, the Irgun Zvai Leumi was engaged in an attempt to storm Ramla, about 10 km to the northeast. The village had been occupied along with Zarnuqa in a four-hour battle, according to the New York Times.

Morris indicates that the deliberate destruction of al-Qubayba became something of an issue during Israeli cabinet meetings in June 1948. The level of devastation at the village must have been particularly high, for on 20 June, Minority Affairs Minister Bechor Shitrit specifically raised the case at a cabinet meeting. Part of the opposition to the destruction of this and other villages was based on financial concerns, to which Shitrit was alerted by Yitzchaq Gvirtz, director of the Absentee Property Department in the Office of the Custodian of Abandoned Property (part of the Finance Ministry). In a letter to Shitrit, Gvirtz stated that he was 'ready to accept the premise that we do not want the return of the Arabs to these villages,' and then proceeded to outline the financial concerns. He raised questions about wanton destruction that left no room for the salvage of doors, frames, tiles, and other useful building material. At the time, Israeli prime minister Ben-Gurion agreed to investigate this matter, but the results of the investigation are not given.

Zionists established the settlement Ge'alya (127143) on the village site in 1948. Kefar Gevirol (128144) was also built on the site-probably at the same time-as a rural housing lot.

The walls and rubble of collapsed houses intermingle with the buildings of the Israeli settlements that have been established on the site. A former pool is used as a garbage dump. Some houses remain. One house, occupied by Jewish residents, is of modest size and is made of masonry; the beams that support its flat roof protrude slightly from the masonry of the exterior walls. Another village house is now used as a restaurant. Part of the school, a long building with a rectangular door and windows, still stands. Cactus hedges and sycamore and palm trees grow on the southern edge of the site. 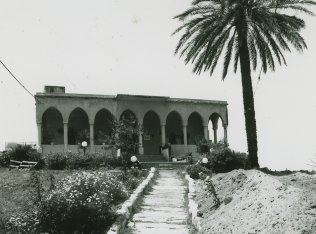 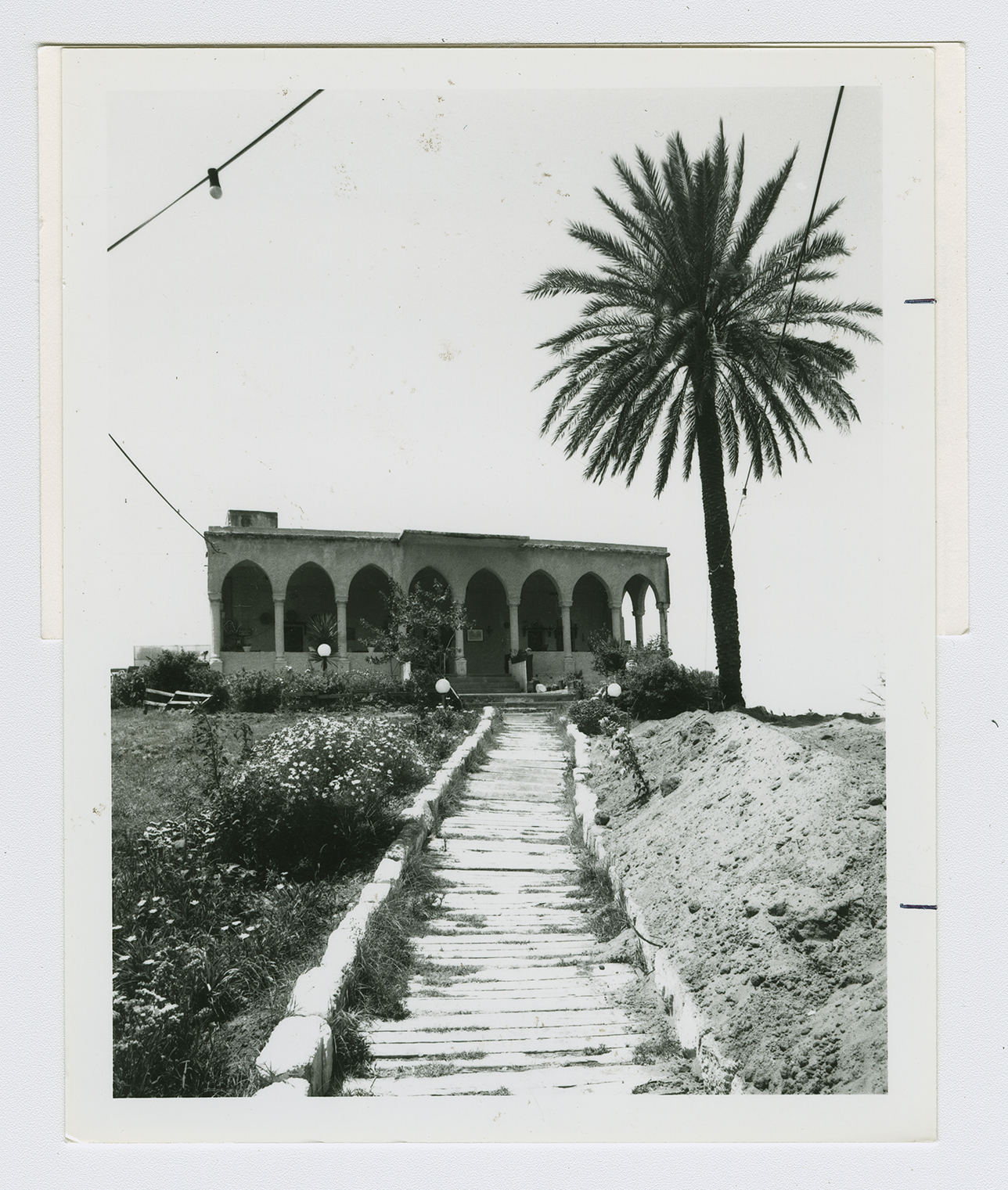 A village house in al-Qubayba now turned into a restaurant.