The village stood on elevated, flat terrain in eastern lower Galilee, 6 km to the northeast of Mount Tabor (Jabal al-Tur). Several streams from village springs fed Wadi al-Bira, one of the Jordan's tributaries. A dirt path linked it to the village of Kafr Kama in the northwest, itself on a highway leading to Samakh on the southern tip of Lake Tiberias. The village was known as Kapharmater during the Crusader period; a Crusader fortress, Casel de Cherio, was built there. In 1596, Ma'dhar was a village in the nahiya of Tiberias (liwa' of Safad) with a population of ninety-four. It paid taxes on a number of crops, including wheat, barley, and cotton, as well as on other types of property, such as goats, beehives, and orchards.

In the late nineteenth century, Ma'dhar was described as a village built of basalt and other types of stone, situated on an arable plain. Its population was about 250.

The village had no particular shape; its houses were dispersed in all directions around a densely-built core, which was in the south. They were built of stone, adobe, and cement; some roofs were made of wood or reeds and covered with a layer of mud. The residents of Ma'dhar were Muslims and maintained a village mosque. A school, built in the village during the Ottoman period, was closed down during the British Mandate. The people drew water for their domestic needs from two springs, east and west of the village, and from wells.

The villagers depended on agriculture and cattle breeding for their livelihood. Agriculture was based on grain and vegetables; but fruit trees were also planted on land to the north, west, and south. In 1944/45 a total of 5,479 dunums was allocated to cereals; 498 dunums were irrigated or used for orchards, of which 30 dunums were planted with olive trees. Ma'dhar was built over the remnants of the Crusader and Ottoman villages. Remains from these periods included a ruined church and its burial ground. To the southwest lay Khirbat Sara (192231), which was also an archaeological site.

There is some inconsistency in the Israeli accounts of the fate of the village in the early months of the war. Israeli historian Benny Morris writes that the village (along with the neighboring cluster consisting of Sirin, 'Awlam, and Hadatha) was ordered to be evacuated on 6 April 1948 by the Arab Higher Committee, which is unlikely. The implication is that the order was carried out almost immediately. But the History of the Haganah states that the same cluster of villages was overrun by units of the Golani Brigade on 12 May, in an operation designed to consolidate control of the Baysan Valley. The account adds that 'their inhabitants fled in fear of the Jews.' It is not clear from Morris or the Haganah account where the villagers went or what became of their houses and land.

The site has been fenced in and is used as an Israeli grazing area. A large cluster of cactus grows in the midst of the stone rubble of houses, and there is a well, capped with a pump, in the center of the site. About 20 m to the west of the well is a drinking trough for animals. Eucalyptus, doum palm, and chinaberry trees grow on the site (see photos). 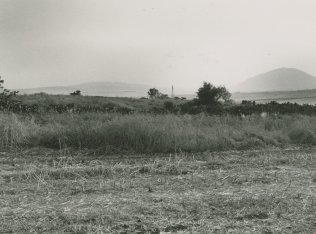 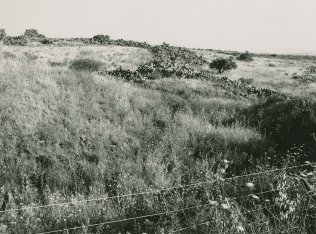 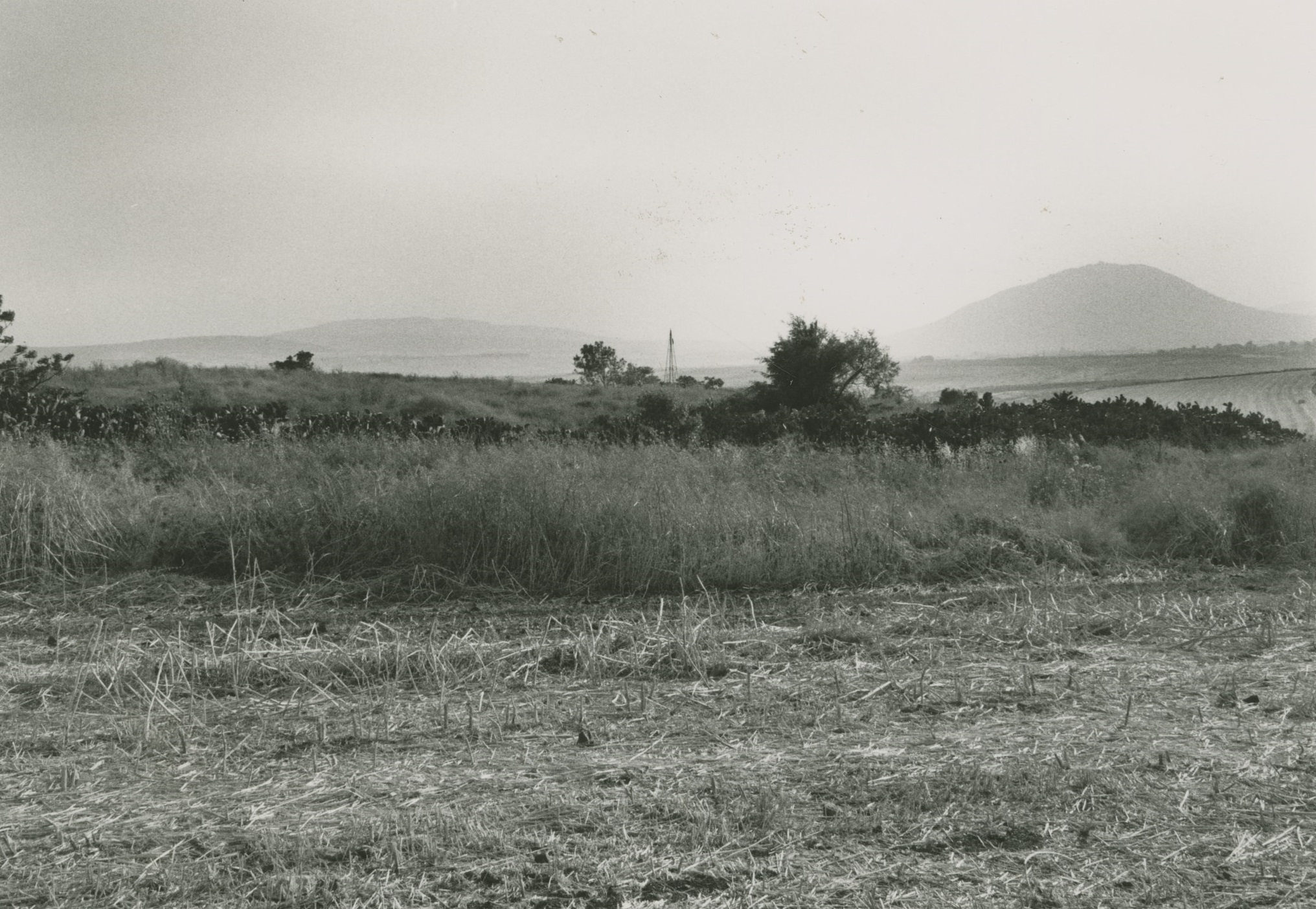 The village site from its northern edge. Mount Tabur appears in the background. 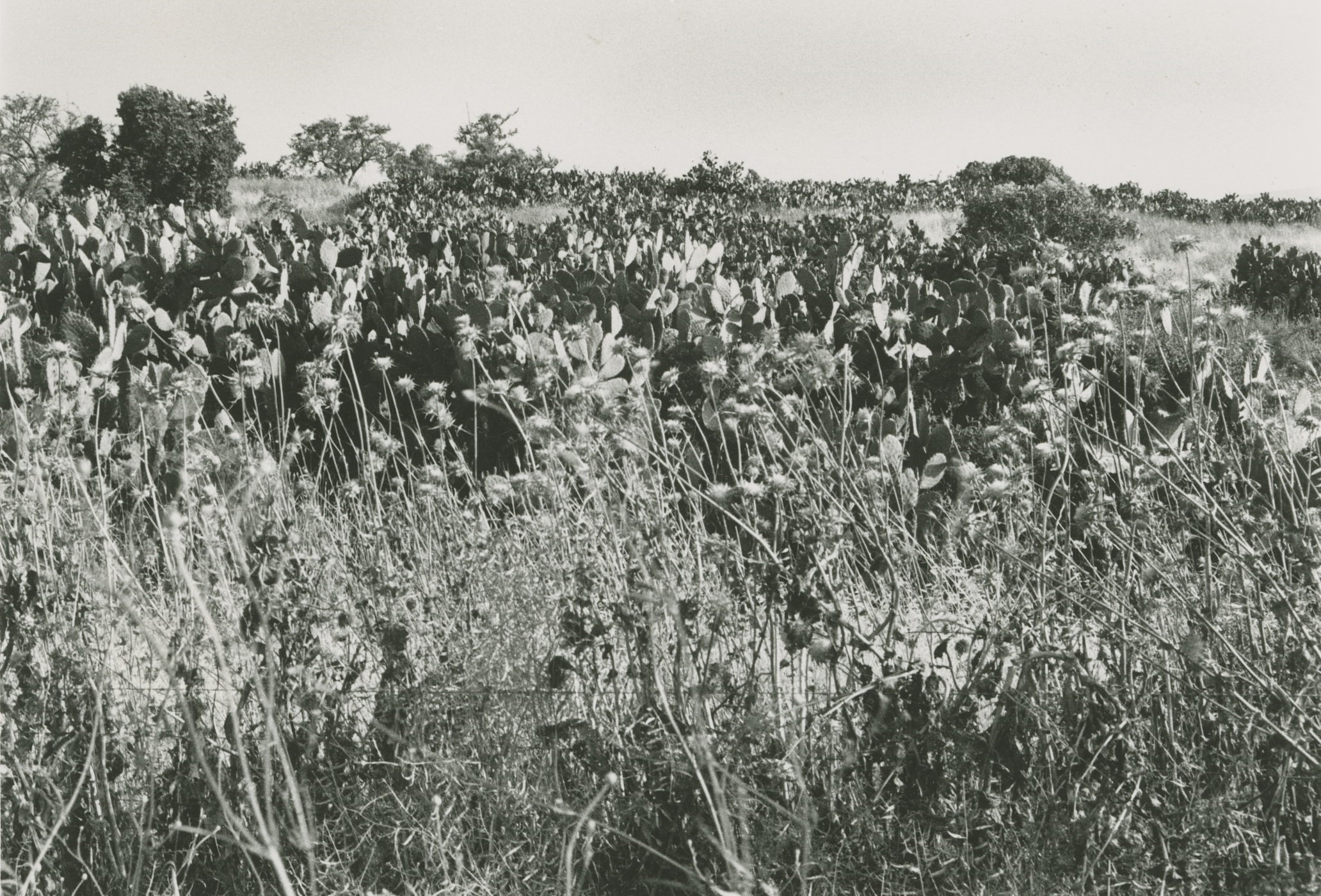 The north side of the village site. 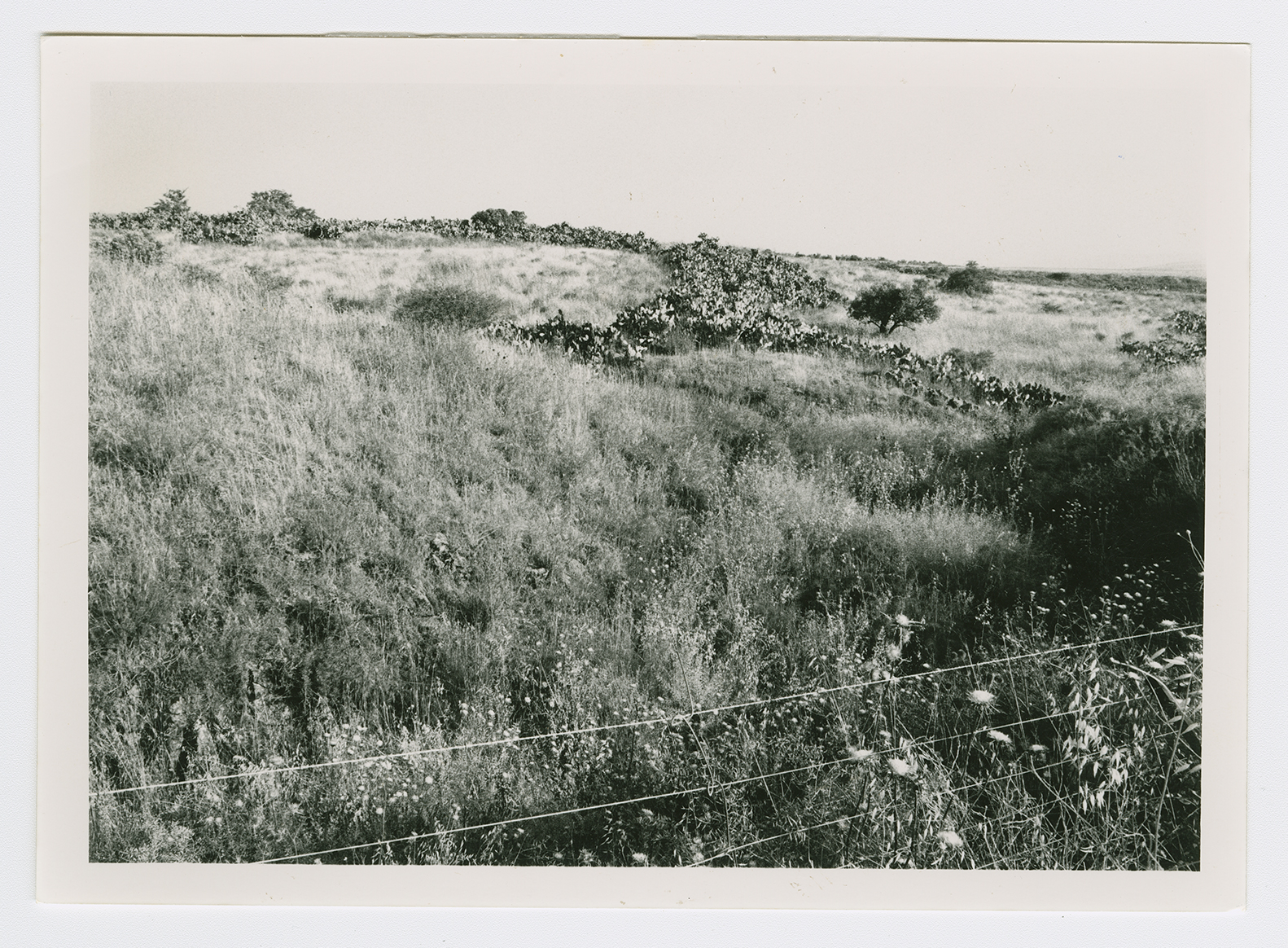 Cactus marking the village site. View from the western edge of the site.